One of the greatest post war sports cars, Jaguar’s E Type made immediate headlines on it’s launch in March 1961. A direct descendant of the C and D Type models that so dominated 1950’s sports car racing, it’s 3.8 litre twin cam engine produced 265bhp and was mated to a Moss four speed gearbox. Available in Coupe or Roadster bodies, designed by Williams Lyons/Malcolm Sayer, these beautifuuly styled performance cars are as attractive now as when introduced over 50 years ago.

This lovely example of the Series II E Type Jaguar Roadster is presented in traditional Jaguar British Racing Green and has recently undergone a restoration which included a new interior in biscuit hide, paintwork and a triple SU carburettor conversion.

This was originally a Californian car, therefore left hand drive, and with it’s 4.2 engine and manual gearbox, these models were produced as pure drivers cars with swift open top motoring high on the agenda. This particular car is in excellent restored condition.

Much sought after now, these models are constantly achieving high prices. 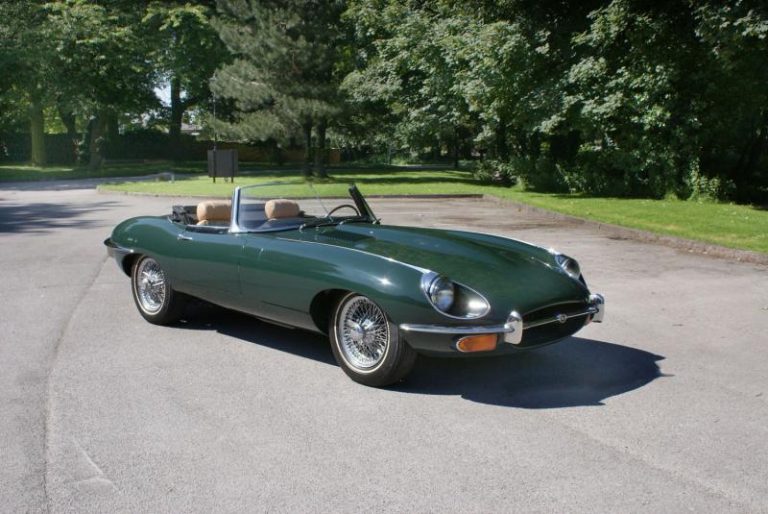 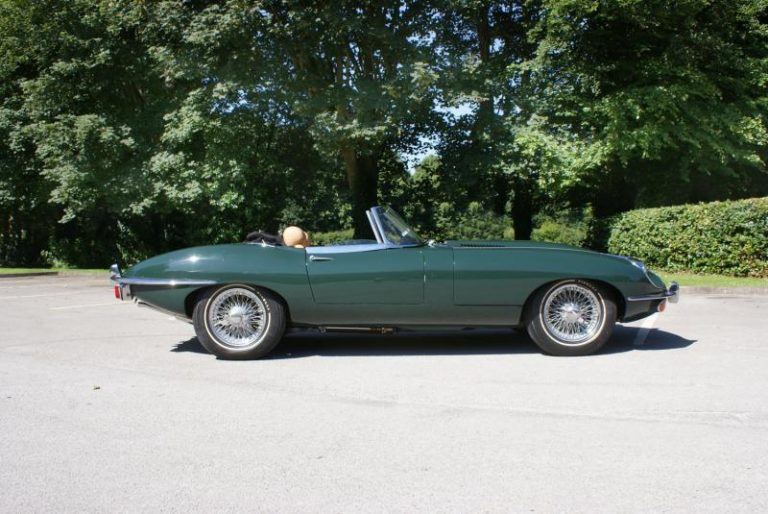 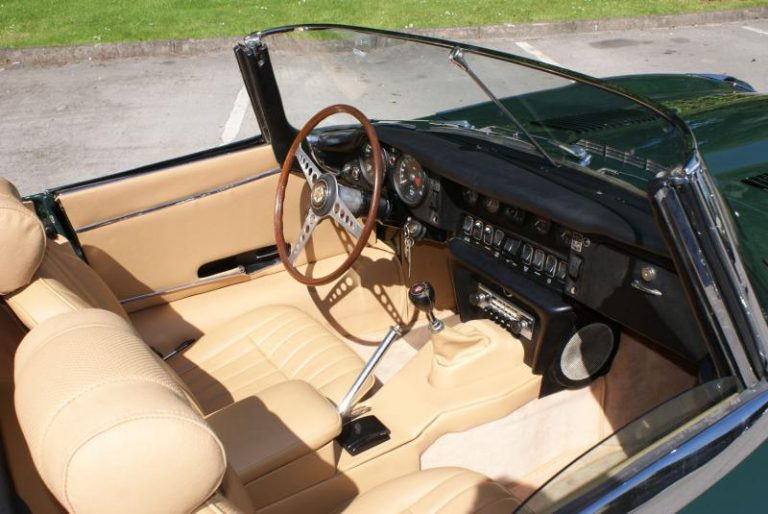 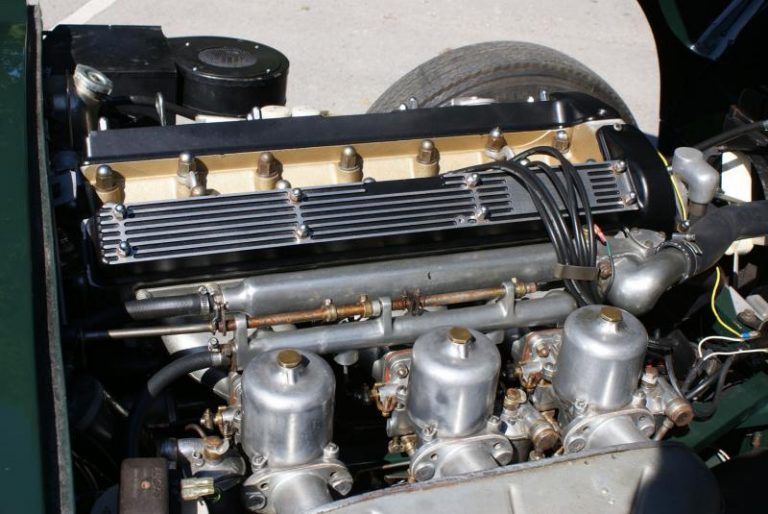